ALL ABOUT KAAL SARP YOGA 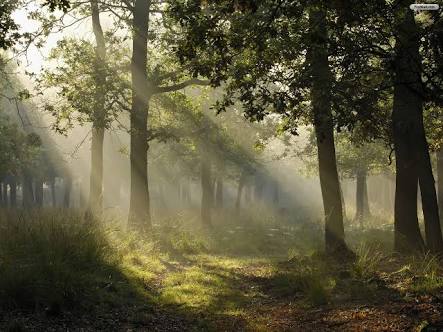 Kaal Sarp Yoga is considered as evil yoga in astrology and all sorts of negative results are associated with it. Espically in our country India, people consider it as a inasupicious yoga.

Before we go any further first look what is the meaning of Kaal Sarp Yoga. Here “kaal” is associated with negative incident where as “sarp” means snake.

You might be wondering why snake? For that we need to dig some information of its creators which are known as Rahu and Ketu. In a Kaal Sarp Yoga, Rahu acts as a head of a snake where as Ketu acts as Tail of snake.

Now still the question of using word “sarp” requries some more details and for that i need to introduce to you churning of ocean also known as samundra manthan in Hindi.

You can read a details article here Samundra Manthan and you will see a mention of Rahu and Ketu under “the nectar of immortality” section.

Now you will be able to understand the core essence of Kaal Sarp Yoga.

DEFINITION: Kaal Sarp Yoga is formed when all the seven planets are hemmed between Rahu & Ketu when counting in normal clockwise direction.

There are lots of negative things associated with KAAL SARPA YOGA. Though many good astrologers have come forward to prove that there is nothing to fear about Kaal Sarp yoga.

Would you believe that Kaal Sarp yoga exists in the horoscope of Margaret Thatcher who served for ten years as prime minister of UK, though in her sucess there is a major contribution of  strong Sasa Yoga formed by Yogakarka Saturn. But still we can’t ignore the fact that despite all the negtaive results which are popular among people couild not affected her success. Which means there is something wrong in people preception regarding Kaal Sarp Yoga.

If you think it’s by chance then look the horoscope of Late Dhirubhai Ambani who changed the ways of business in India and was one of the richest men in India.

Here, also as per popular beliefs Kaal Sarp Yoga should have made his miserable and should have affected his progney also.

But the truth is that his son is the richest man in India and he lives in worlds most expensive house.

If you are not satisfied yet just look at one more example which belongs to the first minister of India Late Jawaharlal Nehru. He also have a kaal sarp yoga where Rahu and Ketu are placed in evil houses.

He got his chance over Sardar Patel who was the first and automatic choice for first prime minister of independent India.

I guess with the example given above you might be wondering why people Kaal Sarp Yoga is considered as an evil yoga.

It seems a very curious case, especially for astrology learner/observer from abroad.The answer of why and how Kaal Sarp Yoga is most dreaded is because of fear, which has been fed into people’s minds by stating that “you have Kaal Sarp Yoga in your chart and your life will be doomed”.

Not even this, there are hundreds of books in stores and even articles on the internet which claims that Kaal Sarp Yoga can destroy your life. If alone Kaal Sarp Yoga wasn’t sufficient to scare people, some genius made 12 versions of Kal Sarp Yoga.

If you will notice the names and try to do some research, you will find that all these 12 names are actually names of Lord Sheshnaag.

Sheshnag is God of serpents as per Hindus and you can see him all pics of Vishnu. Not to forget Sheshnag was present all the time with incarnations of Vishnu.

The 12 types of Kaal Sarp Yoga is mentioned below.

This yoga is created when Rahu is in the 1st house and Ketu is in the 7th house and rest of the planets is left to the axis.

This yoga is formed when Rahu is in the 2nd house and Ketu in the 8th house.

When the 3rd house is occupied by Rahu and 9th by Ketu and the rest of the planets are situated to the left of the Rahu-Ketu axis then this yoga is formed.

Shankapal Kalasarpa yoga takes place when Rahu and Ketu are placed in the 4th and 10th position.

If Rahu stands in the 5th Ketu in the 11th house then this yoga is formed.

The native person will have Rahu in the 6th house and Ketu in 12th house in his birth chart.

This yoga is formed when Rahu is in the 7th house and Ketu is in the 1st house. This position is opposite to Anant Kalsarpa Yoga.

When Rahu is in the 8th house and Ketu is in the 2nd house this yoga is formed.

This yoga is created when Rahu is in the 10th house and Ketu in the 4th house.

In this yoga, Rahu occupies the 12th house and Ketu occupies 6th house.

All these 12 Kaal Sarp Yoga is associated with bad results which are not true at all.

See, time to time, there will always be alignments when seven planets will be hemmed between Rahu & Ketu and nothing in the universe is meaningless hence this Kaal Sarp Yoga is important in mundane astrology rather than predictions for individuals.

If you are in stress due to Kaal Sarp Yoga then I am assuring you that nothing is wrong in your horoscope and to make you more confident, I am putting the horoscope of Mr.Donald Trump, the newly elected president of the USA, where Kaal Sarp Yoga is clearly evident.

You can see how successful these people are and Kaal Sarp Yoga is existing in their horoscope.

Also, Kaal Sarp Yoga is found in the horoscopes of Sir Paul McCartney and Mussolini.

This proves that Kaal Sarp Yoga shouldn’t be scared of and the whole horoscope should be judged properly.

Same way planets can be in axis of Ketu-Rahu and when that happens it is known as Kala Amrita Yoga where all seven planets in between Ketu-Rahu axis is said to give progress in spiritual enlightenment and they have a peaceful mind and are not affected by family bondages or materialistic comforts.

Sages obviously have mentioned tha Kala Amrita Yoga due to the fact that it gives spiritual growth where as they didn’t mention anything about Kaal Sarp Yoga.

It’s quite intriguing since sages had divine sight and nothing was hidden from them.

May be they didn’t want to discuss it due to that fact that Kaal Sarp Yoga makes one very materialistic and power hungry, which was not a desirable trait to have during their times and just like Harsha Veepreet Rajyoga which did not have mention in BPHS, Kaal Sarp Yoga was also kept secret.

You can check my article on Veepreet Rajyoga here.

Also, note that there is nothing like partial Kaal Sarp Yoga which as per many priests/astrologers happens when one of two planets are outside Rahu-Ketu axis.

If this was to be true then 60℅ of world population will have partial Kaal Sarp Yoga.