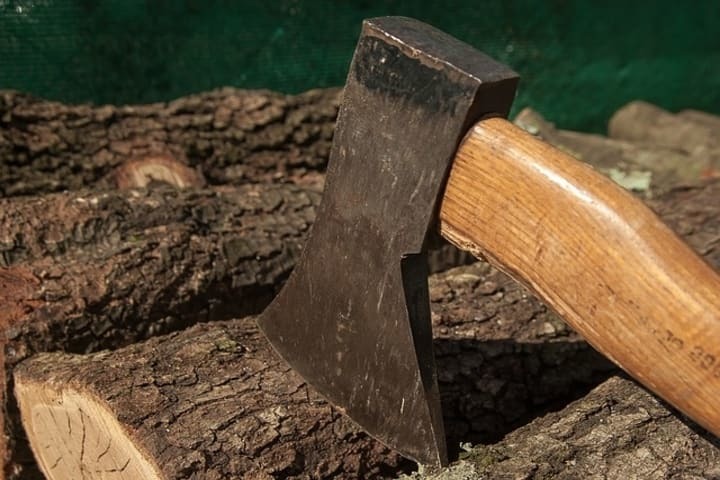 I started the Yoga series with panchmahapurush yoga and discussed it with example charts. Today I will discuss on Vipreet Rajyoga, the reason I choose Vipreet Rajyoga is because of the wide confusion over it.

There is not much information available on this Yoga. So I thought to do some work on it.

Sage Parashar in his work BPHS didn’t describe good results for placements of dusthana lords in other dusthana houses.

For example as per Parashar 6th house lord when making a planetary association with 8th house via house placement, makes one immoral, chaser of others wife and sickly in nature.You can gauge by these words that in no wild imagination it’s an Astrology Rajyoga.

Though Parashar described some better results of placements of 8th and 12th lord other dusthanta houses but still they are far from what can be called as Rajyoga.

Later centuries sages like Vaharmira and most notably Kalidasa in his great astrological work kalamritam described results which can be termed as Rajyoga.

As per Kalidasa following definition is given by him on Veepreet Rajyoga.
Kalidas in Classic Uttarkalmitra -Kanda 4 sloka 22

Also, he clarified it with more explanations.

When the lord of 6th house is placed in 8th or 12th house then Harsha Yoga is formed.

The person born in Harsha Yoga will be endowed with happiness, enjoyment, good fortune, and a strong constitution will overcome to his enemies and will be afraid to commit sinful acts he will become a friend of illustrious and prominent people. He will have wealth, splendor, friends fame and son.

When 8th house lord is placed in either 6th or 12th house Sarala yoga is formed.

The person born in Sarala Yoga will be long-lived resolute, fearless, prosperous, and will be endowed with learning, children, and riches. He will achieve success in his undertakings, overcome his foes, be pure and widely celebrated.

When the lord of 12th house is placed in 6th lord or 8th house Vimala Yoga is formed.

The person born in Vimala Yoga will spend little and save much money. He will be good to everybody. He will be happy and independent and will have a respectable profession or conduct and be renowned for his good qualities.
Similar kind of good results is given by other celebrated sages also.

Now the question arises why these yoga’s were not given importance by the father of astrology by Sage Parashar himself.

Reason being is the evolution of society, sage Parashar exists 5000 years ago and dynamics of society was very simple at that time.

Later on, in “Kaliyuga” things changed and people started to have a different way of life.

During Parashar times anything different used to considered as bad and people used to stick to traditional values.

Considering this important factor sages in later ages changed the results of many yogas and VIPREET RAJYOGA came into existence.

Here the concept of negative plus negative equal to positive can be applied.

1.Harsha yoga makes one more to injury’s when formed by 6th lord placement in 8th house.

Now since it is Veepreet Rajyoga there have to be some negative results which in this case is bad health.

2.Harsha yoga makes one win court cases especially when 6th house lord is placed in 8th house because 6th house is a house of allegations and when placed in the 8th house it tends to destroy the negative significations of the 6th house.

Both these results can be seen in the Horoscope of Salman Khan.

He is suffering from nerve pain in the face which is considered as worse pain that can happen to human and same time he was never found guilty in any of criminal case against him.

3.Harsha yoga, when formed by placement of 6th house lord in 12th house, doesn’t give health issues but gives very strong enemies which give stiff competition and being the best out of your or you get rewarded of his mistakes.

Like in the case of politicians most of the time one enjoys the unexpected benefits of his competitor.

For more examples of Harsha yoga, you check horoscope of Mother Theresa.

In her horoscope also she enjoyed work for unprivileged people which comes under the 6th house.

4.Sarala yoga, when formed by placement of 8th lord in 6th house, gives very fame by defeating enemies but same time makes one gives wounds or injury by them.

Check horoscope of Che Guevara where the 8th lord of death & destruction is sitting in the 6th house of enemies.

5.Sarala yoga is found in the horoscope of rebels and powerful kings or in other words Sarala yoga native found to have power in society.

Example, check the horoscope of Margret Alva a prominent and respected politician from India.

She is of Pisces ascendant and 8th lord Venus is in 12th house which creates a strong Vipreet Rajyoga. She gained a prominent position in her Venus subperiod but same time lost her Father also.

In the horoscope of Napolean Bonaparte 8th lord Mars is in 12th house generating a Vipreet Rajyoga.

In the horoscope of Martin Luther King, 8th lord Jupiter is in 12th house creating a strong Sarala Vipreet Rajyoga.

One more pattern was observed that when planets involved in Veepreet Rajyoga aspects their own house then less amount of good results were felt.

Because here 6th lord is aspecting its own house making it strong inherently.Whereas Veepreet Rajyoga deals with weakness and subsequently overcoming that weakness.

Same way Vimala Yoga is more strong when the 12th lord is in 8th house for example Sachin Tendulkar.

This won’t make Veepreet Rajyoga instead it will destroy the whole horoscope due to their affliction over two major important houses.

I hope I have cleared some confusion from your mind but astrology is all about reading charts and rules as much as possible.