ARE YOU UNDER SADE SATI?

See Sade Sati is not always bad and many people have progress in it also. You need to make a Holistic analysis of the horoscope for it and don't forget that dasha is most important then any thing. There are certain methods which can be used to draw a conclusion of Sade Sati in your Horoscope. 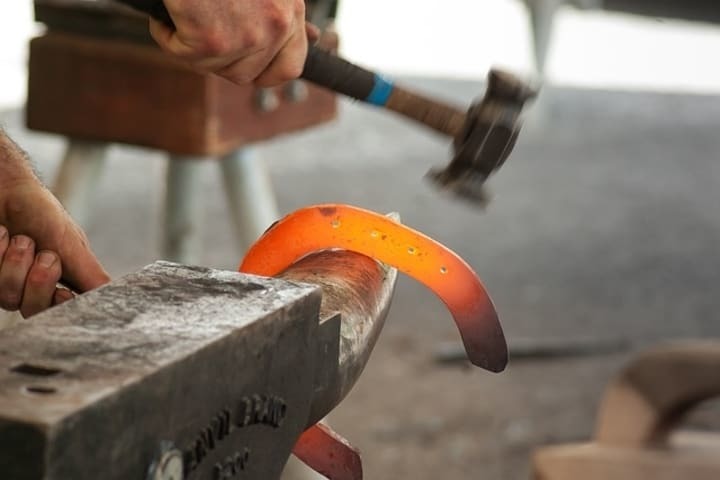 Soon Saturn will enter the sign of Capricorn on Jan 2020 and it will mark the end of Saturn transit in Sagittarius with it.

With this new Saturn Transit a lot is going to change in astrology where Sade Sati will start for natives having Aquarius Moon Sign (welcome to the club) whereas for Scorpio Moon Sign Sade Sati will come to an end.

Whereas Capricorn Moon sign natives will enter the 2nd phase of their Sade Sati.

Sade Sati is generally considered a period of misery and hardship but I can assure you that it is never that bad and a lot depends on your own horoscope and other planetary transits.

Remember we all are unique and no two Horoscopes are the same which means a lot depends on the planet Saturn position i.e its lordship and where it is sitting.

For your knowledge, there are approximately 150 million people under sade sati at any given point of time and not all are suffering due to it.

There are examples of many powerful people who excelled in their Sade Sati period for example Late J.Nehru became our first prime minister in his Sade Sati only.

The following interpretation on Sade Sati effects in 2020 is general in nature and depending on many factors final results will be different than what is mentioned here, the effects of Sade Sati can get severe in Saturn Retrograde period.

It is important to know when Sade Sati is starting and for the purpose of this article, I have mentioned the starting and ending dates for Scorpio, Sagittarius, Capricorn and Aquarius Moon signs.

Or you can refer to infographics given below, where I have mentioned the Month & Year of Starting & Ending dates for Scorpio, Sagittarius, Capricorn and Aquarius Moon signs.

Scorpio moon sign is also known as Vrishchik Rashi in Hindi and is denoted by the sign of Scorpio.

Scorpio Moon sign natives are going to end the Sade Sati phase now and will be feeling better and all the issues and problems which came in their Sade Sati before will be gone now.

The career will start picking up, health will be better and there will be a sense of peace in their mind.

Obviously, the effects will vary depending upon many factors like Ashtakvarga bindus of Saturn in Sagittarius, Samudya ashtakvarga score in 2nd house and the condition of Saturn in their Horoscope.

Not to forget that Sade Sati is also a transit and there are some steps which need to ​follow for its interpretation.

From the second house of Scorpio Moon Sign, Saturn is aspecting their 4th house, 8th house and 11th house and these houses were suffering due to this which means special care was required for the health of mother, own health (the 2nd house is a maraka house ) and finances.

Though relief was  there if running mahadasha is of Jupiter or Moon whereas dasha of Venus or Mercury can significantly increased the bad effects of Sade Sati for Scorpio moon sign.

This last phase of Sade Sati can proved bad if rising ascendant is Aries, Taurus, Scorpio or Sagittarius whereas for other rising ascendant i.e Gemini, Cancer, Leo, Virgo, Libra, Capricorn, Aquarius or Pisces will get benefited in it.

Overall depending on own personal Horoscope and involved factors, Scorpio Moon Sign natives had a roller coaster ride in this last phase of their Sade Sati.

Natives of Sagittarius Moon Sign which is known as Dhanu Rashi came under the wrath of Sade Sati when Saturn entered the sign of Scorpio on 2nd November 2014.

Note: There are people who had a really good time in their first phase of Sade Sati.

Now on 23rd January natives with Sagittarius Moon Sign are going to enter the setting phase of their Sade Sati and they should take good cautions in career, own health, souse health, younger siblings health mainly.

Since Moon governs our mind and Saturn is going to transit over it, best is to take care of all areas of life and do not worry much.

Just go with the flow I would say 😉

This Setting phase of Sade Sati for Sagittarius Moon sign can prove significantly bad if the rising ascendant is of Taurus, Cancer, Leo, Scorpio, Sagittarius or Capricorn.

Whereas for Aries, Gemini, Virgo, Libra, Aquarius, and Pisces rising ascendant effects of sade sati in 2020 will be medium in nature.

I have mentioned in my main article on Sade Sati how it can prove beneficial therefore one need to analysis the horoscope in a holistic way.

Not to forget Sade Sati is also a transit and one need to read it after considering many factors.

Especially dasha where running dasha of Jupiter and Mars is likely to bring relief whereas dasha of Venus or Moon may increase the bad effects of sade sati for Sagittarius Moon Sign.

Capricorn is the sign of planet Saturn itself and usually  Sade Sati does not bring bad effects for them especially in the second and third phase which is also known as Peak and Setting phase.

But there are some negative results associated with the first phase of Sade Sati for Capricorn Moon Sign (Makar Rashi.

The 2nd phase of Sade Sati can affect them in the following ways:

Remember this negative will happen only when Saturn is having less than 3 bindus in its ashtakvarga.

With the support of other factors, Sade Sati can actually prove beneficial for them and can allow them to gain from abroad, spiritual, and charitable.

Also, marriage can happen and with support of Jupiter there can be abroad travel with spouse.

Therefore a holistic analysis is required and then only a final conclusion in Sade Sati can be made for Makar Rashi.

Capricorn Moon Sign individuals with rising ascendant is Aries, Gemini, Virgo, Libra, Aquarius, and Pisces will actually gain from this first phase of Sade Sati whereas individuals with Taurus, Cancer, Leo, Scorpio, Sagittarius and Capricorn rising sign may get some troubles in it.

This sign is also owned by planet Saturn himself and logically speaking Sade Sati doesn't affect them that badly.

Right now they are not under Sade Sati, their Sade Sati will start in 23rd January 2020, checkout the image given below for the Dates of Sade Sati.

Despite the fact that Sade Sati is not harmful to Aquarius Moon sign, one needs to see things from ascendant also. If Saturn is going to a malefic house or transiting over natal Ketu or Rahu then there can be some negative effects.

Especially in the first phase of Sade Sati, which can be intense if you are in Dasha of Mars or afflicted Mercury.

During this first phase of Sade Sati Aquarius (kumbh rashi) native will experience a change in place and abroad prospects are looking very bright for them, though suddenly in months of January the expenses will be high and you may have to pay for many things which will be like mini investments for future.

There can be issues with your sleep and you may find yourself having many kind of dreams which you may find unusual, though by month of February the occurrence of the dreams will be less and by March you will be out from it.

You will be to pay attention to your health and expenses and there can be times when money will be spent fast, though you will be making money at better rate, so don't worry on this regard you will be able to figure out the expenses and everything will be happening for your upliftment.

Though if your ascendant is Leo or Gemini then the is a need to take extreme caution in First phase of Sade Sati because from ascendant Saturn will be in malefic house.

Remedies For Sade Sati In 2020

Just in case if your religious and have interest in religious activities you can follow these effective remedies to overcome the bad effects of Sade Sati.

Sade Sati is not bad always and is a transit-only and one should not stress much about it.

Your current planetary dasha and other factors matter here more than anything and without considering these factors nothing accurate can be predicted.

Obviously, not all are suffering here and the fear of Sade Sati is unnecessary sometimes and we must rise above it.

ARE YOU UNDER SADE SATI?

See Sade Sati is not always bad and many people have progress in it also. You need to make a Holistic analysis of the horoscope for it and don't forget that dasha is most important then any thing. There are certain methods which can be used to draw a conclusion of Sade Sati in your Horoscope.

Your Horoscope Analysis Is Waiting!

You have seen my approach and I can do the same on your Horoscope. Many options are available, all you need to do is email me on thevedichoroscope@gmail.com or simply use the button given below and fill up the form.