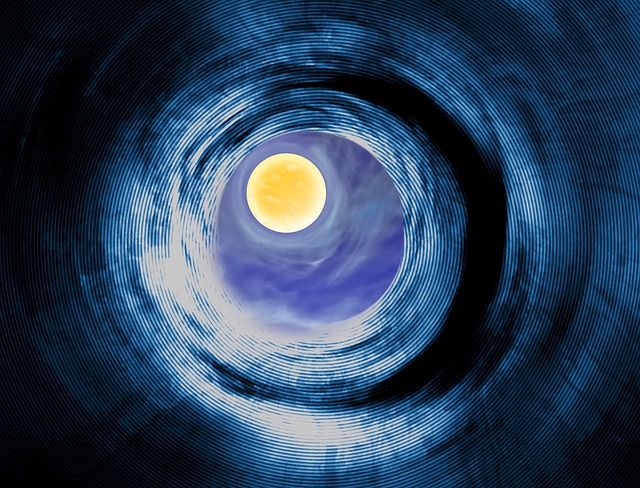 In simple words, maraka planets are lord of 2nd and 7th house and their lords are called as Markesh.

Maraka effects can be defined in the following manner.

A maraka planet can kill someone especially when lifespan seems to be complete. Here, calculation of life span is to be done for this and there are many methods to do it but here our focus is on maraka planets, therefore, life Span calculation will be done in the separate article.

When Maraka Dasha planets come in young age or when life span is still intact then the maraka planet will not kill but will create health issues. Also, Marak planets effects should not be limited to health only. Maraka planets can cause relationship and financial problems also.

Why money and relationship issues?

Follow this paragraph carefully where vital information on the maraka planet is given.

In any horoscope, 2nd and 7th house are maraka houses. Why they are assigned as maraka houses can be explained like this.

In a horoscope, the 8th house rules over the longevity of a person and 8th from 8th house is the 3rd house which also has a say in longevity.

Now 12th houses from these two houses are 2nd and 7th house and that is why they are called as maraka houses. If you look up to significations of houses then the 2nd house has a primary say in wealth and 7th house is for your married life.

When these houses or their lords have planetary affliction then money and relationship issues are bound to happen.

Working of Maraka planets is quite simple and also doesn’t mean that you will be having bad health or relationship issues in your life in every Maraka Dasha.

Just like any other planet, Maraka shouldn’t be afflicted. It’s a general rule in astrology where an afflicted or weak planet can’t protect its significations and gives bad results. The Same way an afflicted and weak maraka planet can cause severe health issues during its period.

Though I have covered rules of affliction in a separate article few points need to be mentioned here which can make Maraka planet super sensitive and can cause permanent health issues to someone.

1. Planetary  Relation of 6th house with Maraka house can create severe health issues in it dasha and if someone is running weak planet period or 6th, 8th or 12th lord dasha, then health issues can be chronic in nature.

2. Relation of Maraka house with the 8th house can create health issues which are not easy to diagnose.

My 7th lord is making a relationship with the 8th house and at one point I was having a health issue which was difficult to diagnose and when Doctors couldn’t help me, I went for gemtherapy and it helped me to recover from it.

All this happened in My Venus-Venus which is 8th lord in my horoscope. 8th lord shows health issues which are difficult to diagnose.

3. Relationship of Maraka house with the 12th house can give health issues which are more like phycological in nature and most of the time results in heavy expenses in treatment. Also, these health issues can be due to spirits and black magic.

These relationships of Maraka can be frustrating for someone because these health issues can be violent(6th house), hidden in nature(8th house) and expensive(12th lord).

NOTE: These relationships can be made in many ways but if they are mutually related like having an exchange btw 6th and 7th house is worst kind of affliction over 7th house and can result in health issues.

Apart from these three kind of Maraka conditions you can also apply other rules of affliction which is given in my article “afflicted planets“. This affliction will also make Maraka sensitive in nature and during their Dasha health issues are very likely to happen.

Same way planets placed in Maraka houses also acquire some capabilities to produce health issues in life.
Each ascendant has planets which are maraka for them and should ideally be free of affliction for good health in life.

MARAKA PLANETS FOR ALL ASCENDANTS

1.ARIES ASCENDANT: For Aries ascendant Venus rules over 2nd and 7th house and should be free from affliction from Saturn, Rahu, Ketu and especially with 6th lord Mercury. Here though two natural benefic is making a relationship with each other but the role of Mercury with Venus can severely damage the health and marriage life of a person.

Look at the example here which belongs to my friend. He has Mercury in 7th house and Venus in 8th with Saturn.
Here both 7th house and 7th lord are afflicted and for a whole year, he was hospitalized and had two surgeries.

He was in Rahu-Venus during this period and Rahu is in 12th house in his horoscope which resulted in heavy expenses in his treatment.

2.TAURAS ASCENDANT: Here 2nd house lord is Mercury and 7th lord is Mars. But due to Mars lordship over the 5th house, Mercury maraka effects won’t be severe like 7th lord Mars. Mars shouldn’t be afflicted here and should be clear from Ketu, Rahu, and Jupiter.

This horoscope belongs to a male and here debilitated Rahu in 7th house whereas Mercury is in 12th. Though Mercury is not a severe Maraka here but still due to placement in 12th house it gave him skin issues. Whereas as Mars debilitated in 3rd house and Rahu debilitation in 7th caused few injuries in past. Not to forget he doesn’t have a good married life though he is doing good in his second marriage.

3. GEMINI ASCENDANT: Here 2nd house is ruled by Moon and 7th lord is Jupiter. Both should be free from affliction and especially 6th lord Mars affliction can cause serious trouble to health and marriage.
Given horoscope belongs to my friend, here Moon is in ascendant and is under the aspect of Saturn from 7th house. Mars Jupiter is well placed in 10th house in own sign so Jupiter is strong except its union with Rahu is not good, but minor affliction is present in all horoscopes so it’s not an issue.
Whereas Moon which is under the affliction of Saturn which has lordship over 8th house made him a sadistic person and gave him a super sensitive emotionally.

4.CANCER ASCENDANT: Here Sun rules over 2nd house whereas Saturn rules over 7th house. Both of these planets have the capability to produce maraka effects especially when afflicted. Here Jupiter being 6th lord and in relation with these two maraka may not create many troubles because Jupiter has lordship over auspicious 9th house also. The main condition for this is Jupiter should not be weak in strength.

5. LEO ASCENDANT: For Leo ascendant 2nd lord is Mercury and 7th lord is Saturn. These two planets shouldn’t be afflicted.

6. VIRGO ASCENDANT: For Virgo ascendant Venus is lord of 2nd house whereas 7th lord Jupiter. These two maraka planets shouldn’t be afflicted and especially affliction by Mars. Venus maraka effects won’t be much serious here since Venus has lordship over 9th house also which is the most auspicious house in astrology.

7. LIBRA ASCENDANT: Here Mars have lordship over both 2nd and 7th house and is the only Maraka planet for them. Mars shouldn’t be afflicted here especially from Jupiter.

8. SCORPIO ASCENDANT: Here Jupiter rules over the 2nd house and Venus rules over the 12th house. Both of these planets shouldn’t be afflicted especially by planet Mercury.

Moon also shouldn’t be afflicted especially by Jupiter and Mars. Moon is a fast moving planet and gets affliction easily than any other planet. Also due to its frequent transit which happens in every 2.5 days, Moon comes in affliction easily. Though here I am talking about transit but still it is worth to mention here.

11. AQUARIUS ASCENDANT: Here Jupiter is lord of 2nd and Sun is lord of 7th house. Both if these should be free from affliction especially by Mars and Ketu.

12. PISCES ASCENDANT: Here Mars rules over 2nd and Mercury rules over 7th house. Mars due to its dual lordship over 9th house may not prove a serious Maraka planet but Mercury here should strong and unaffiliated especially by Sun and Saturn.

The paragraph above shows the glimpse of Maraka role of Planets for all ascendant and in actual practice, there will always be permutation and combinations where Marakas will be connected to other houses and planets and a dynamic approach is required for its analysis.