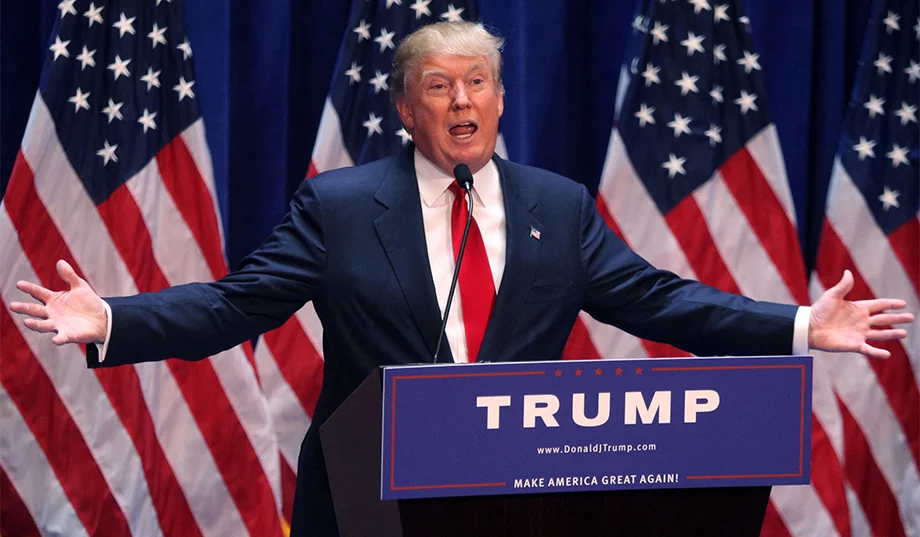 Today I will be presenting you the horoscope of none other than Donald John Trump. Donald John Trump was born June 14, 1946, is an American businessman, television personality, politician and the President-elect of the United States.

Trump was born and raised in the Queens borough of New York City and received a bachelor’s degree in economics from the Wharton School of the University of Pennsylvania in 1968. In 1971, he took control of his family’s real estate and construction firm, Elizabeth Trump & Son, which was later renamed The Trump Organization.

During his career, Trump has built, renovated or managed numerous office towers, hotels, casinos, and golf courses. He also lent his name to brand various other products.

He owned the Miss USA and Miss Universe pageants from 1996 to 2015 and has made cameo appearances in films and television series. From 2004 to 2015, Trump hosted and co-produced The Apprentice, a reality television series on NBC. As of 2016, he was listed by Forbes as the 324th wealthiest person in the world, and 113th in the United States, with a net worth of $4.5 billion that would make him the wealthiest U.S. President ever.

After going through all the source over internet and books, the horoscope I am using here seems undisputed, unlike Hillary Clinton where two horoscopes are available, one with Gemini and other with Libra ascendant.

During the elections, many of astrologers predicted Hilary which should have been avoided since her undisputed horoscope is not given anywhere.

Even at Journal of astrology by K.N Rao, he was very cautious while giving predictions of the election due to the fact that, there are two horoscopes available all over the place.

Those who predicted Trump’s win was solely based on his Dasha patterns, where Hilary horoscope was ignored completely.

Anyways our topic here is Donald Trump’s horoscope which is given below.

He is a rare personality and history will remember him for what he has achieved, and for sure he will inspire many of people out there to achieve success.

He is far from traditional qualities which we usually find and adore in other great personality, still you can’t ignore him and especially now, when he is the most powerful person on whole earth.

Definitely, there are some strong Raj Yoga in his horoscope which took him that high.
The very first thing you look into his horoscope is great Dhan yogas(wealth yoga) which made him a billionaire and gave him a great business acumen.

In his chart second house lord Mercury is placed in 11th house in own sign and yogakaraka Mars which is lord of 4th and 9th house is in Ascendant.

It’s a classic combination which is found in horoscopes of millionaire and billionaires.
For wealth in life, 2nd and the 11th house should be connected with each other and if 5th and 9th lord are also involved then, it’s a sure shot combination for great wealth.

Now always remember that yoga gives wealth whereas power comes from Rajyoga, where the 10th house should be deeply connected with Rajyoga planet.

Though in Hindu astrology, there is tailor-made yoga like Vishnu, Indra etc which can bless with one with authority.

But from actual practice nothing can beat results of “dharma karma adhipati” yoga which is formed by relation btw 9th and 10th lord.

In his natal chart, Mars is 9th house lord and Venus is 10th house lord which is in 12th house and there is no connection between them.

But look at his Moon chart you will find Moon which is 9th lord is in mutual aspect relationship with Sun which is the tenth lord.

Here Mars the ascendant lord of Moon chart is in 10th house and is in mutual Kendra to both Moon and Sun.

His moon chart is filled with strong Rajayogas and shows his rise to the most powerful man on the planet.

Tenth lord Venus is Vargotam and is in Pushkar Navamsha same time which shows power in life and status in life.

In the case of G.W Bush, his navamsha strength made him president twice, here in his case Moon chart strength is extraordinary. Also, you will notice in his chart that so-called Kaal Sarp yoga is present.

Kaal Sarp yoga is found in horoscopes of many powerful people like Margaret Thatcher and Jawaharlal Nehru and many other powerful world leaders.

Here Rahu amplifies the desire to reach to power and pushes ones to go for any limit to achieve success.

Same time they see sudden downfall also, like Trump have seen in his life where he declared himself bankrupt few times.

USA presidential elections were held when he was in Rahu-Mars-Moon and he entered into Jupiter Mahadasha right after the election itself.

Don’t you think it’s a divine scheme where he got into power defying all predictions?

Now here Jupiter the Mahadasha lord is in Virgo, in retrograde motion and is aspecting his 10th house.Jupiter has 6 points in ashtakvarga system and is going to give him great results in its Dasha.

Though in his Dashamasha (D-10), Jupiter is debilitated in fourth house which is an indication of some obstacles from his own people and some really bad decisions during his tenure as president.

Looking at his dasha pattern, it is very sure that he will be doing good things for his own countrymen and people will be happy in his tenure. Though there will be more interference in other country matters for which the USA is known for. Powerful 10th house and strong Jupiter period are surely indicating some good run as a president. Though weakness of D-10 indicates lots of negative response towards his decisions and his inability to absorb the pressure which comes with power. A weak D-10 also means lack of social morality and arrogance(D-10

Powerful 10th house and strong Jupiter period are surely indicating some good run as a president. Though weakness of D-10 indicates lots of negative response towards his decisions and his inability to absorb the pressure which comes with power. A weak D-10 also means lack of social morality and arrogance(D-10 is magnified the view of 10th house).

For the success of Donald Trump as a president, his birth chart alone will not show the complete picture and we need to look the Horoscope USA and same time planetary alignments during his oath as a president should be checked also.

Here Aries sign is rising with Mars in 12th house and following is indicated by the planetary positions of Oath chart.

Clearly, you can see some serious war kind of Situation in Trump’s tenure as a president.

2. There is an exchange between 9th lord Jupiter and 6th lord Mercury in oath horoscope and it shows something negative related to the religion. Which exactly reflects with this banned on few Muslim dominated countries.

The 9th house stands for religion and its involvement with 6th is never good and gives effects of Guru Chandal yoga.

3. There is a major Dhan Yoga in oath chart, 2nd lord Venus is in 11th house and 11th lord Saturn is in 8th house and a connection btw two wealth house is seen clearly.

It shows the USA will do good financially during his tenure as president.

5. The exchange between Mercury and Jupiter shows great accomplishment in the field of literature.

6. 5th lord in 10th house shows success in talks and negotiations also it means growth in the number of entrepreneurs.

7. Now except for first point rest seems to be fairly positive but ascendant lord Mars in 12th, 10th lord Saturn in 8th and 9th lord Jupiter in 6th indicates danger to the stability of the government. Jaimani analysis shows the same, where Atmakarka Saturn is in 8th house, Amatyakaraka Jupiter is in 6th  house and Darakaraka Mars is in 12th house. Darakaraka Mars in 12th house also indicates a strong partner may be Russia in this case.

In the end, all I have to say is that Horoscope of Donald Trump have planetary combinations which will help USA to progress financially and citizen there will feel the same but his weak D-10 shows a lack of support from his own people. He will take some drastic and aggressive steps towards other countries.