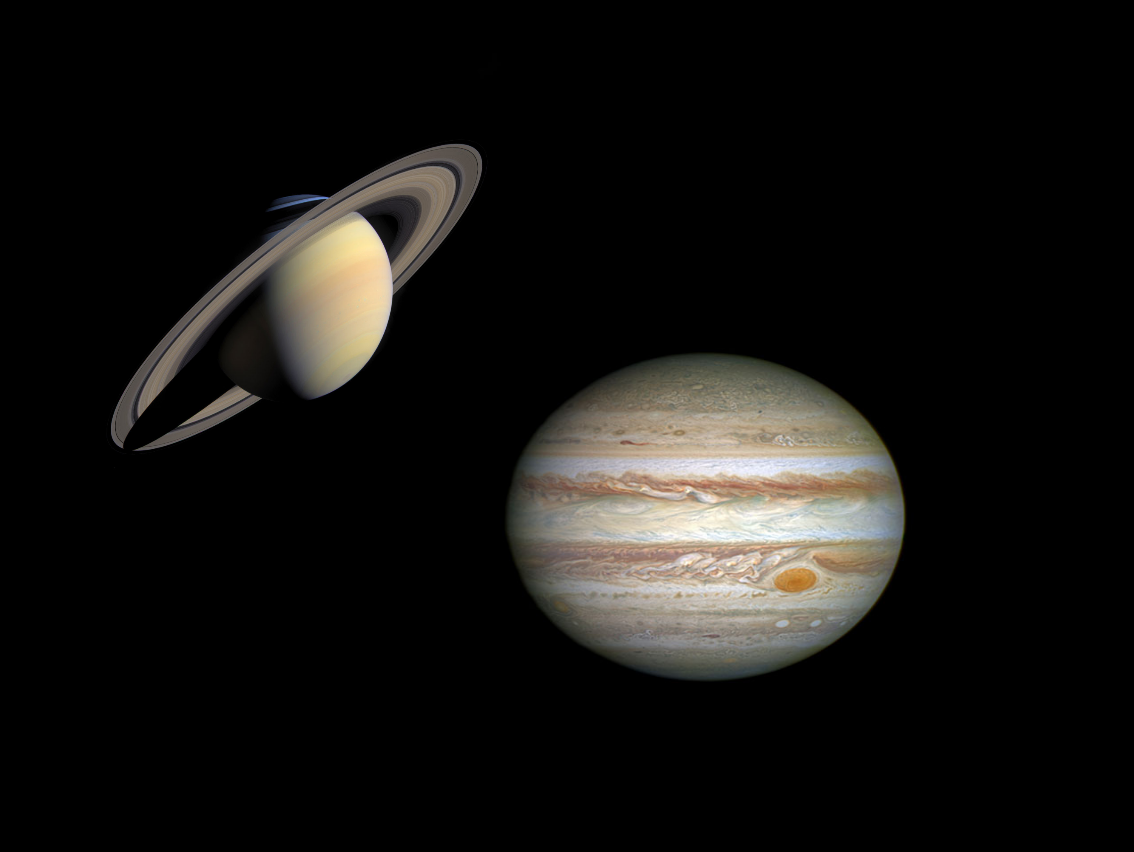 We all know in astrology timing of events is done through the use of various Dasha’s and the final outcome is based on the overall potential of horoscope and activation of particular houses through planets. Same time transits also play a secondary role and when the stage is set by Dasha and planets, transits of planets put the final word on it.

Now we all know Saturn and Jupiter are very important planets and especially their transit is given a lot of importance while reading a horoscope. But many don’t know how to use their transits to predict major events like marriage, job, progeny and even illness.

This theory was popularized by Shri K.N Rao.

We all know Saturn is a Karmic planet and is known for testing people till they are done with their pending karma.Whereas Jupiter is a benevolent planet which waits for Saturn to complete its task and then blesses the native with what he is looking for or what he deserves.

NOTE: DURING THEIR RETROGRESSION PERIOD BOTH  SATURN & JUPITER WILL ALSO ACT FROM THEIR PREVIOUS HOUSE & WILL ASPECT FROM PREVIOUS HOUSE ALSO. WHICH MEANS THEY WILL COVER 4 EXTRA HOUSES.

Now every time there always be a zodiac/zodiacs which will be affected by both of them simultaneously.

For example, current transit of Jupiter is in Leo and from Leo Jupiter is aspecting Sagittarius, Aquarius and Aries signs. Same way Saturn is in Scorpio and is aspecting Capricorn, Taurus and Leo signs. Now you can see Leo sign is simultaneously affected by both Saturn and Jupiter. Now check where this Leo sign falls in your horoscope.

Now, this is a static analysis on it. Since in Aries Ascendant natives 5th house was under scanner. From my daily consultation.

I predicted love affairs for few Aries Ascendant natives and they are in a relationship now.

Here in some cases I even ignored dasha also because this transit was solely affecting Leo sign and their 5th house and was quite powerful, especially during retrogression of planet Jupiter.

Though 90% of time dasha will have a final say. Now for your own practice check your horoscope and see if they are simultaneously aspecting any house lord or not or one of two may be aspecting a house while other might be aspecting its lord.

For example, someone has the 7th lord in Leo zodiac and currently Saturn and Jupiter are aspecting Leo sign simultaneously.

Hence 7th house is under scanner via its lords. because of the simultaneous aspect of Saturn & Jupiter on it. Which means marriage is on cards. But before making any conclusions make sure running dasha permits marriage or not marriage or not.

Also, check on early or late marriage combinations, then only marriage prediction should be done. Otherwise, other attributes of the 7th house should be taken into account.

For example, Jupiter from August 2016 will be in Virgo and Saturn will remain in Scorpio.

Now with Jupiter in Virgo, they will simultaneously aspect sign Taurus and Capricorn signs.

Now suppose a person of Pisces Ascendant have its 10th lord Jupiter in 3rd house in Taurus. For him, Jupiter will be aspect it from 7th house while Saturn will aspect it from 9th house which means a rise in a carrier.

This theory is very useful in predicting events like rise in career and marriage.

DOUBLE TRANSIT FOR RISE IN CAREER

First of all for rise in career, one should be in right dasha for it. Dasha of ascendant lord, 7th Lord & 10th lord or any planet connected with them. Dasha of yogakaraka planet, planet involved in grand yoga like Gajakesari Yoga, Dharmakarmaadhipati yoga, Vipreet rajyoga , Neechabhang rajyoga & other important astrology yoga is capable to give promotion in their dasha.

If you see someone running through this period then see apply double transit theory here.

Mrs. Margaret Alva became minister of high rank in the period in the main period of Venus which is lord of 3rd & 8th and placed in 12th house making Vipreet Rajyoga.

Sub-period was of Jupiter which is 10th lord in her horoscope.

At the time of her elevation as a minister, Jupiter was in the 10th house from both moon and ascendant.

Saturn was in Scorpio aspecting her 10th lord which is Jupiter placed in the 3rd house in the sign of Taurus.

Here, you can see Saturn and Jupiter were affecting her 10th house and with right dasha she progressed in her career.

Bill Clinton Moon is in Aries sign and from Aries Venus is his 7th house lord. In other words, Venus is 7th lord from Bill Clinton’s Moon.

Now on the day of marriage, you can see both Saturn & Jupiter were aspecting his Venus which is 7th lord from Moon and dasha he was running was of Rahu-Saturn which indicates marriage.

You can extend it for other areas of life too. Like if it’s in the 8th house then inheritance or sudden gains.On 11th house huge financial gains. On 6th house recovery from diseases( i recovered fully from a backache completely during double transit over my 6th house).

Proper use of this technique gives very accurate results for abroad travels and I use it all the time.

We all know children’s are the best creation of God and after marriage kids are the prime reason for which we live for.

Here, I will give you a very advanced technique for predicting progeny which shows use importance of Saturn & Jupiter in evolution our souls. Also, it shows the importance of trine houses 5th & 9th which sometimes seems to be losing their actual significance in the age of kaliyuga.

FOR BIRTH OF CHILDREN PARENTS MUST BE RUNNING DASHA WHICH IS SUPPORTIVE FOR PROGENY AND SAME TIME SATURN OR JUPITER SHOULD BE ASPECTING 5th OR 9th HOUSE OR THEIR LORDS.

In Indira Gandhi chart Saturn is in Cancer while Jupiter is in Taurus.

Her father Jawahar Lal Nehra had Cancer rising in Ascendant and you can see that Indira Gandhi Jupiter is aspecting his 5th house (Scorpio) while her Saturn is aspecting his 9th house via the 3rd aspect. Fulfilling the promise of the birth of children. I could have used only Jawaharlal Nehru horoscope here, but just to show a dynamic analysis I took reference of Indira Gandhi horoscope.

You can try it on your horoscope and it works 100% time. Hence it can be used to predict the birth of children also. Saturn and Jupiter might affect either 5th or 9th house or their lords only. It’s not necessary they will aspect both 5th and 9th house simultaneously.

Now we know the main Principles of Double Transit Theory, we can apply this principle in the current year of 2020. Right now Saturn is in Capricorn and Jupiter is in Sagittarius.

Which means we need to look further and see if retrograde motion of these two will trigger something.

So when Saturn will be going retrograde in 2020 then it will affect Sagittarius sign where Jupiter is placed. This ,eans in Double transit theory Capricorn will be in focus.

Now all you need to do is that, check where Capricorn falls are in your Horoscope.

There will be some significant event which will be related to these houses.