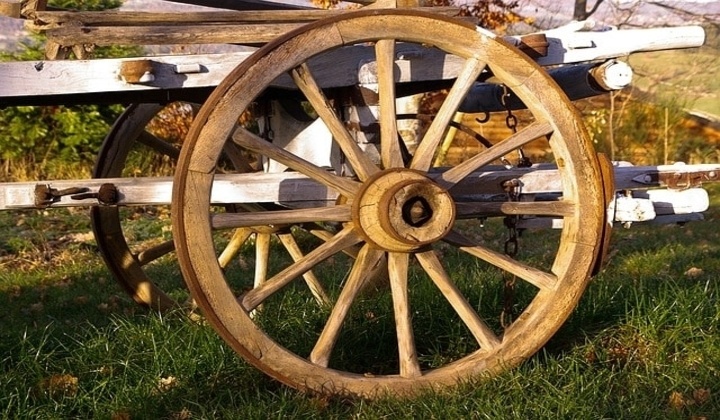 Gajakesari Yoga is one of the popular yet most misunderstood yoga in astrology.

Since two benefices are involved here i.e Moon & Jupiter, where Moon represents the mind and Jupiter represent divine grace, all astrology classics have given a lot of significance to it.

But we all use it blindly on horoscopes.

As per Sage Parashar, he mentioned the formation of Gaja Kesari Yoga as follows:

Here “Gaja” stands “for Elephant” & “Kesari” stands for Lion. Both are powerful & are the symbol of authority & intelligence.

As per sage Parashar, following good results will be felt by the natives due to formation of Gajakesari Yoga in their Horoscope.

Gajakesari Yoga can be found in charts of many individuals but the results as described in scriptures is missing most of the time.

Personally, I have not seen a fully auspicious and effective Gajakesari Yoga in any of horoscopes, I have dealt so far.

Maybe I am too strict on the guidelines mentioned in scriptures!!

Anyways moving on to the ground application of Gajakesari Yoga.

Here, we can see that every month 30% of people are born with Gajakesari Yoga & therefore the number of people born with this Yoga is very high, though results associated with it are not evident in their life.

For a clear understanding of readers can see the following charts and feel the difference of results of Gajakesari Yoga.

In his horoscope, Jupiter and Moon are in conjunction with creating Gajakesari Yoga.

But we all know what he did and can be termed as criminal in simple language.

He killed Mahatma Gandhi when he was in the period of Jupiter – Saturn. In other words, Gandhi was killed by him when he was under Gajakesari period.

Gemini ascendant is rising here with malefic Mars in ascendant while Jupiter Moon are in conjunction in 4th house creating Gajakesari Yoga.

For Gemini ascendant Moon is a maraka planet and Jupiter suffers from Kendra Adhipatiya Dosha. Most important here is the role of Jupiter.

As per Sage Parashar, benefics when owns Kendra houses loses their benefic qualities and if afflicted, behaves as a malefic. Here Jupiter which already is having Kendra Adhipati Dosha is further joined by maraka Moon.

While Moon and Mars are in Karamamsha as per Rashi Tulya Navamsha.

You can see how Lordship and affliction on Jupiter and Moon turned the results of Gajakesari Yoga completely.

Gajakesari Yoga is also present in the horoscope of Hollywood actress and philanthropists Angelina Jolie.

She is a successful actor and attained wealth and fame in her life. Also, she is known for her philanthropy works and is an ambassador for many kind activities. Clearly, Gajakesari Yoga is working fully in her case.

Now check her Navamsha you will find that Moon in is Sagittarius and is Shashtamsa as per Rashi Tulya Navamsa.

Due to blemish of Jupiter being 6th lord and reasons mentioned above, she underwent a preventive double mastectomy after learning she had an 87% risk of developing breast cancer due to a defective BRCA1 gene.

All this happened in Venus- Mercury-Moon.

In D-9 Venus is aspected by Jupiter while same Venus is in ascendant in D-1.

Every analysis in astrology requires a holistic approach where all factors should be Judged properly. So when you do a 3D analysis of Gajakesari Yoga, you can find few counters which are mentioned in astrology scriptures.

Though there are only a few counters given about Gajakesari Yoga in our scriptures, still there are many points which need to be considered by every astrologer.

Apart from that, there are some standard rules which should be applied to Gajakesari Yoga.

First of all our sages have mentioned the use of Navamsa in their work exhaustively. Every yogas of astrology need to be considered in navamsha for its proper functioning on actual grounds.

Use of Navamsa to check the applicability of yogas seems very practical, how?

In the natal birth chart, all aspects changes within two hours due to change of Ascendant and the minimum stay of a planet in a zodiac is of approx two days which is the moon. Therefore many times Planetary position remains same for approx two days, in Zodiacs which mean, all babies taking birth in those two days will be having the same Planetary in Zodiacs, though none of them is living same life i.e some are born in Kings family while some in Servants family.

Here comes the role of Nakshatras, navamsha & other Divisional charts.

Moon remains in one Nakshatra for one whole day & changes to other Nakshatra on other day and while doing so the moon travels in 4 padas or quarters of each Nakshatra every day.

Each pada of a Nakshatra corresponds to one Navamsha. Hence each day moon changes to

4 different Navamsha hence affecting the result of Gajakesari or any other Yoga, same applies to all planets though the speed of each planet through zodiacs or Nakshatras is different, here we will stick to Moon & Jupiter only.

Apart from the retrograde motion of Jupiter & aspects of malefic, following points need to be considered while judging the strength of Gajakesari Yoga.

Moreover in Navamsa, if Jupiter & Moon are again making Gajakesari Yoga then the result will be more effective.

Since we have seen the basic rules of interpretation a yoga and rule with the example of Gajakesari yoga another important aspect is yet to mention by me.

The role of planets changes from ascendant to Ascendant & Ascendant changes within two hours, hence on a particular day when Jupiter & Moon are forming Gajakesari Yoga, the result of it will change from person to person depending upon their Ascendant, in other words, results will change due to the lordship of Moon & Jupiter.

Hence bringing ascendant factor in it will bring a more dynamic approach to one’s analysis, which is most of the time is not adopted by astrologers while judging Gajakesari, Manglik, Sade Sati or any other yoga.

Gajakesari Yoga For All Ascendants

1.For Aries Ascendant: Moon rules over 4th house & Jupiter rules over 9th house hence Jupiter is a benefic planet for Aries ascendant. Unafflicted Gajakesari Yoga without any counter will give them all good qualities of Gajakesari Yoga like wealth, health, peace, status and a good life for the mother. If afflicted then domestic peace will not be there & mother health can suffer.

2.For Taurus Ascendant: Moon rules over 3rd house & Jupiter rules over 8th, Gajakesari Yoga formed, even without counters won’t bless them with good effects associated with it. In other situation Gajakesari Yoga with affliction over Jupiter and Moon will result in serious problems in their life because affliction over Jupiter & Moon will disturb their house significations, forcing them to give the bad result of inauspicious 3rd, 8th & 11th house.

3.For Gemini Ascendant: Moon rules over 2nd house & Jupiter rules over 7th & 10 house. Unafflicted Gajakesari  Yoga will result in good financial gains along with good business opportunities.Though both Jupiter & Moon are maraka here hence it will bring some health issues too.

4.For Cancer Ascendant: Moon is ascendant lord itself hence a first-rate benefic for them while Jupiter lordship is over 6th & 9th house.Here if Jupiter is weak, its 6th house qualities will be more pronounced and can result in health problems. Though there will be good effects of it due to Jupiter lordship over 9th house. Here if Gajakesari yoga is unafflicted then it can make them rise very high in their life. If afflicted then it can give shy timid nature, low energy, health issues & debt too.

5.For Leo ascendant: Moon is lord of 12th house, hence is not auspicious for them though Jupiter is a benefic planet despite having lordship over 8th house. For them, unafflicted Gajakesari Yoga can give good life in foreign countries & lots of traveling for good causes.If afflicted then it can result in problems to children’s, education & in laws.

6.For Virgo Ascendant: Moon is lord of 11th house hence becomes a planet for financial gains, Jupiter is lord 4th & 7th hence an auspicious planet though same time maraka also. If unafflicted Gajakesari Yoga formed here then the result in good financial gains & happiness to an elder brother, though some health issues will be there. If it is afflicted then problems with the house, domestic happiness, friends & disturbed married life can happen.

7.For Libra Ascendant: The moon is lord of 10th house & Jupiter is lord of 3rd & 6th house hence Jupiter is most malefic for them.Unaffiliated Gajakesari Yoga formed here will result in gain through services, lots of traveling & good position for younger siblings.  In afflicted then it can result in loss of reputation, problems from authority, health issues to native & their mother.

8.For Scorpio Ascendant: Jupiter is equivalent to Yogakaraka whereas Moon is 9th lord and a clean Gajakesari Yoga can do wonders for them.All good results mentioned by sages will manifest if both Jupiter and Moon are strong and unafflicted.If afflicted then there can be problems with father and son.

9.For Sagittarius Ascendant: Moon is lord of the most 8th house, which is the most inauspicious house in astrology. Jupiter is ascendant & 4th house lord. Here unafflicted Gajakesari yoga will result in inherited property & sudden financial gain, though some health problems will be there.If afflicted then it will result in severe health issues, lack of domestic peace, loss of property & health problems to mother.

10.For Capricorn Ascendant: Moon rules over the 7th house, while Jupiter rules 3rd & 12th house, hence Jupiter is a malefic planet for Capricorn ascendant. Unafflicted Gajakesari Yoga will result in traveling for good cause, business in foreign countries though natives & spouse health can suffer. If afflicted then it will result in severe marital discord along with problems to younger siblings.

11.For Aquarius Ascendant: Moon is lord of 6th house and is a malefic planet, while Jupiter being lord of 2nd & 11th house is also not completely benefic. Unafflicted Gajakesari Yoga will result in gains from service & success in competitions. If afflicted it can result in severe health issues, problems in the family, loss in finance & debt.

12.For Pisces ascendant: Moon is lord of 5th house and is a benefic planet for Pisces.Jupiter being lord of Ascendant & tenth house is a first-rate benefic. Unafflicted Gajakesari Yoga will result in high authority, good status, good finance & all good results associated with Gajakesari Yoga.If afflicted it will result in problems to children, overconfidence, problems in job & health issues.

After considering all these mentioned factors Mahadasha should be checked to see the time of activation of Gajakesari yoga is present in the chart.

Dasha’s are like the postman who delivers your parcel of good or bad karmas.

After going to each part of this write-up I hope readers can see the difference in results of Gajakesari Yoga, it can give bad results also due to the lordship of Moon & Jupiter in the birth chart.

In the case of Gajakesari Yoga, some good results will always be there because both planets are benefic in astrology, where Moon represents mind while Jupiter represents divine grace. So a person born with this combination is always a noble person to some extent & likes to help others.

Keep visiting “thevedichoroscope.com” for more education material on Astrology and plz share them and email me on [email protected] for personal Horoscope Analysis.