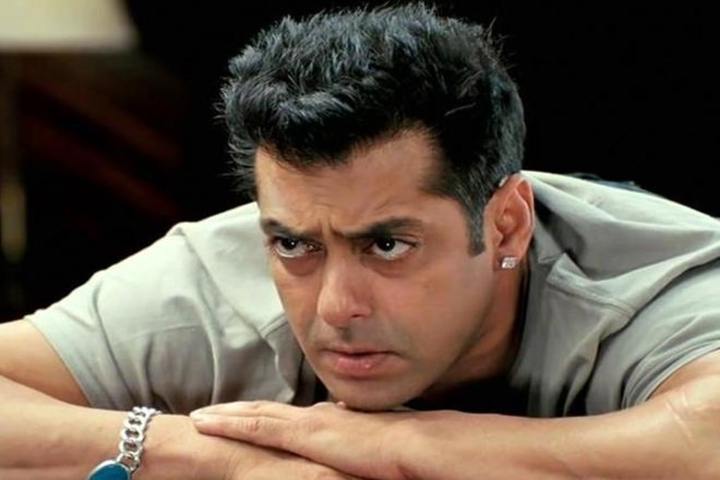 On the birthday of Salman Khan, I am doing a thorough analysis of his horoscope using Parashar & Jaimini Astrology.

I tried my best to keep it simple & informative for readers, though could not keep it short, as I wanted to make it useful for knowledge of my avid readers.

Salman Khan was born on 25/12/1965 when Aries ascendant was rising with Libra Navamsha.

Salman Khan Horoscope is filled with Raj Yoga & Dhan Yoga and this made him a successful star.

Life Events in Light of Vedic Astrology: His Jupiter mahadasha started from mid of 1986 and he made his debut in August 1988 with the movie “Biwi ho to aise”, he was under Jupiter subperiod in the main period of Jupiter and payantar of Mars at that time.

Jupiter is 9th lord and is an auspicious planet for  Aries ascendant, Jupiter gave him his debut.It’s very important to have right planets period during young age otherwise, you can miss benefits of good yogas in your Horoscope.

Period of Jupiter-Saturn-Venus in 1989 his first block bluster “Maine Payar Kiya” was released, it was a huge hit among masses and made him a star.It was dubbed in English & Spanish and was a hit in Caribbean & Spain.

Saturn is lord of 10th & 11th house and represents career and growth in his Horoscope. Saturn is with 4th lord Moon and under the aspect of 9th lord Sun.

As per Jaimini astrology at that time Pisces antardasha was in operation. His Amatyakaraka Venus is 11th from Pisces. Atmakaraka is 9th from Pisces aspecting Amatyakarka.

From 1990 to 1991 he gave few hits, but the period of 1992 to 1993 proved failure for him. Mercury sub period was in operation at that time. Mercury is a malefic planet for Aries Ascendant and in his case is badly places in 8th house which are not supportive of growth in career & personal life.

His major hit came in form of “hum apke hai kaun” during the period of Jupiter/Venus/Venus.

Venus in the main chart is in 10th house and is exalted in D-10 and is in 9th house in D-9. It was the year when he broke all records and his movie became a cult classic. Venus is the significator of Cinema and superbly placed in his gave him lots of success.

He gave few more hits during subperiod of Mars & Moon.

Then came his Saturn mahadasha which started from Sept 2002 and it showed his effects in sept 2002 itself when he was involved in Hit & Run case.

Saturn-Saturn lasted until Sept 2005 and during these years he suffered a lot on account of relationship and legal cases. Saturn being a natural malefic is strongly present in own zodiac affecting Moon (mind) severely. In D-3 Saturn is aspecting ascendant while in D-9 Saturn is in 6th house with malefic Rahu & Mars.

Though due to Saturn’s placement in 10th house of D-10 along with Jupiter Transit in Leo through his fifth house, he delivered his best critically acclaimed movie “tere naam”.

From 2005 to 2008 during Mercury subperiod his career went downside same pattern repeated till mid of 2009 during Ketu sub-period. During all these years he didn’t have many successful movies and was involved in court cases.

Mercury being 6th lord in 8th house along with Ketu caused all these problems to him. During these years of Mercury and Ketu sub-period. He got stuck by a disease called trigeminal neuralgia, a facial nerve disorder is commonly known as the “suicide disease” and is said to be the worst pain a human can have.

From June of 2009, he entered in Venus antardasha and as explained above already Venus due to its strong & benefic placement in D-1, D-9 & D-10. He entered a new phase of life with it and was back in the game with the movie “wanted”.

Currently, Salman is in the period of ascendant lord Mars which is exalted in 10th house generating Ruchaka Yoga and Mars period already gave him two blockbusters with ” bajrangi bhaijaan” and “premratan dhan payo”.

Salman Khan was ranked 7th in Forbes’s first global list of highest-paid actor in the world with USD 33.5 million, earning more than Hollywood actors like Dwayne The Rock Johnson, Johnny Depp, Brad Pitt and Leonardo DiCaprio and during 2015 Khan whizzed ahead of the US President Barack Obama in the list of The Most Admired Personalities of India.

In September 2015, a leading magazine declared him “The Most Attractive Personality” in India.He also became the only actor to collect over ₹5.00 billion (US$75 million) domestic net in a single year in India. Salman Khan was ranked 2nd “Most Googled Indian of 2015” and 1st among Bollywood actors.

All these happened in Mars Antardasha which will last until April of 2016.

Biggest relief came in December 2015, when Khan was acquitted of all charges from hit and run case, due to lack of evidence. Mars sub-period proved to be the best year of his life so far with huge professional success and end of worry on account of the court case.

Future readings suggest marriage and more success for him, though some legal troubles will be there but Vipreet Rajyoga will help him every time.

Transit of major planets always have a say in our destiny, you can check the lastest transits below:

Latest Update: Salman Khan got 5 years in Prison by a Court of Rajasthan but as mentioned earlier he will come clean out of this, he has seen worst then this and the yoga in his Horoscope will bring relief for him. Most likely as soon as Saturn goes in retrograde motion( from 18th of April to 6th of September 2018) will be events and proceedings where you will see him free.

Feel free to share and rate the article and for your own Horoscope analysis email me on [email protected].