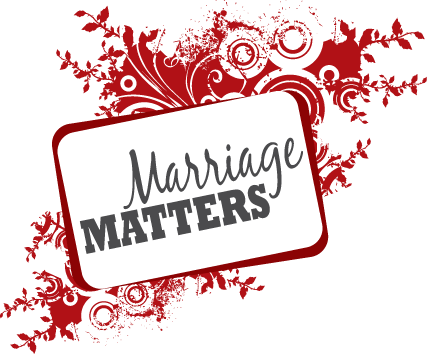 While giving Marriage prediction in astrology every astrologer should combine a detailed analysis on following topics.

Now all this can be tricky sometimes because of the changing rules of society and needless to say, Importance of happy married life is a blessing from heaven and role of the happy marriage in shaping a human life can’t be denied.

Marriage is a union of two individuals who are committed to each other in all kind of situations.

In current so called modern society, the definition of marriage has changed and sometimes marriages are being pursued just out of personal greeds which lead to marital discord between couples.

There is hardly any Dharma left and divorces, domestic violence & cheating is very high.

Here, astrology which can be really helpful to detect marriage problems and one can take cautious and adopt remedies to avoid them before it even happens.

Every astrologer should be expert to identify marriage problems from a horoscope because it is the very first reason people come to astrologers and one should be competent enough to find solutions for it which include both remedies and counseling.

Let’s see what are these combinations or alignments which give problems in a marriage.

Planetary combinations which give marriage problems

As per Vedic Astrology analysis of married life is to be done from 7th house of main birth chart & Navamsha (D-9). As we all know navamsha(D-9) chart is a precise version of your main birth chart and same time tells everything about a marriage.

For more information on status, looks, and profession of spouse you can look this article on Spouse astrology.

Before proceeding for astrological combination responsible for bad married life, I want you to consider the following information on the role of 2nd & 4th house.

We all know 7th house & its lord in Vedic Astrology is prime significator for marriage & spouse.

Apart from the 7th house, 2nd & 4th house should also be given importance while analyzing the complete picture of the married life of the native.

The reason is, the 2nd house stands for family & 4th house stands for your domestic environment & your presence in your own house. In other words, after marriage, you & your spouse are bound to share the same home and will raise or manage a family together.

Any affliction on 2nd house & its lord will result in problems in family & will affect your relationships with a spouse.

4th house as I said before stands for domestic peace & your presence in the home, in other words, any affliction to 4th house & its lord will result in quarrels, damage to house or vehicles.

Badly placed 4th lord or afflicted 4th house lord will lead you to live away from family which again is not good for marital bond.

Though afflicted  2nd & 4th house or its lord can affect your married life but if your 7th house and its lord are strong then these afflictions won’t break your marriage because having strong 7th house means your spouse will understand things and will be co-operative in stressful situations which arise due to afflicted 2nd & 4th house.

If all your 7th,2nd & 4th are afflicted then it’s a sure sign of severe marital disharmony & frequent quarrels in the house.

AS PER TRADITIONAL PARASHAR ASTROLOGY

This rule is same like rule no one but here you will be responsible for marital discord whereas in rule no one your spouse will be the trouble maker.

3.Union of 7th house lord with 6th,8th,12th house lord in any house.Though union in trines will be less damaging than in other houses.

This is the most common placement which is found in Horoscopes but as said in the rule , it may not create problems in your marriage unless it is happening in 2nd, 3rd, 10th or 11th house. Whereas in auspicious houses i.e 1st, 4th, 5th, 9th the bad effects will be less in results and with proper remedies, these marriage problems can be avoided.

Natural malefic tend to create issues wherever they sit or aspect and same holds true to marriage house i.e 7th house. Here, all these planets will have a different kind of effects which is mentioned separately below.

Before we go further make sure you check the functional lordship of these planets if functional benefic or yogakarka they will not produce bad effects instead good result shall pass.

•Mars- For some reasons Mars is considered as worst in 7th house and there is a special yoga known as Manglik Yoga which is thought as a serious marriage problem giver.

•Saturn- Saturn is karaka of delay and when placed in 7th house creates delays and makes one less interested in marriage related affairs and leads to neglect towards the spouse.

•Rahu-Ketu- These two planets are mysterious in nature and placement of Rahu in 7th house leads to extramarital affairs whereas Ketu leads to separation in marriage. Here, other factors need to look and conclusion should not be made on their placement only.

This rule is similar to rule no.4 but as a lot will depend on which house it is happening. If it is happening in an auspicious house like 5th or 9th then there won’t be many problems.

6.An aspect of Natural malefic on the 7th house or its lord.

This rule is also same like 4th  and 5th rule but i mentioned it here so that beginners of astrology can read their chart in easy way.

7.Placement of Venus in 7th house of a male native apart from its own signs viz Taurus & Libra.

This rule is based on Karaka Bhava Nasho where Karaka is sitting in its significator house and leads to negligence towards spouse.

8.Placement of Jupiter in 7th house of a female native apart from its own signs viz Sagittarius & Pisces.

This rule is similar to rule no 7 but is for females and here Jupiter comes under scanner and it should not be placed in 7th house.

9.Venus karaka of marriage in a male is afflicted.

It is a very important rule and in a male horoscope if Karaka of Marriage which is planet VENUS is afflicted via union with the lord of 6th, 8th or 12th house or any other kind of affliction over Venus can result in fights after marriage. When a karaka is afflicted it means the wife will not give respect and attention to the husband.

10.Jupiter karaka of marriage in women is afflicted.

Here, Jupiter which is karaka of marriage in a female horoscope when afflicted leads to a husband who won’t take care of your emotions which can let you down.

As mentioned in the beginning of article 2nd and 4th house have important say in marital happiness and when these houses are afflicted it leads to marital disharmony in the family.

This point is similar to rule no.10 and the only difference here is lord of 2nd and 4th house lord should be checked if they are under any kind of affliction.

Combustion of planets are most overlooked in astrology and can cause serious damage to both the natural signification of combust planet and its house rulership.

13.Placement of Venus in Ascendant of Navamsha.

This one is relatively unknown to many and when Venus which is karaka of marriage sits in ascendant of Navamsha, it causes problems in the marriage.

Placement of navamsha 7th house lord in malefic houses is not desirble for marital harmony and can lead to even divorces.

Navamsha is the main divisonal chart which looks our marriage related events and for a peaceful marriage the first house aka ascendant should be free from affliction.

This one is again related to navamsha and here ascendant should not be hemmed between malefic and in simple terms it is known as Pap Karti Yoga.

•AS PER JAIMINI ASTROLOGY

Upapada is a feature of Jaimini astrology and has a major say in judging marriage of a person. When Upapada falls in the sign of natural malefic(signs ruled by Saturn, Mars or Sun), it leads to marriage problems. Same results are likely to happen when Upapada receives an aspect from natural malefics or ganatikaraka(6th highest degree holder planet).

Also, For a peaceful marriage, Upapada lord should not make a union with a malefic planet.

2.If there is a planet in the 2nd from Upapada in its debilitation Sign or in debilitated Navamsa, or is conjoined with a debilitated or malefic planet.

3.As per Devakeralam, If Darapada conjoins a malefic in the 2nd house or in the 9th house.

Devakeralam the most underrated astrology scripture states that Darapada when joins a malefic in 2nd or 9th house leads to marriage problems.

4.As per Bhrigu Nadi, If Darapada lord is debilitated and the darapada is aspected by Saturn.

Bhrigu Nadi is a popular method in astrology and as per Bhrigu Nadi when Darapada lord is debilitated or when aspected by Saturn leads to marital discords.

5.If Darapada is aspected by Saturn same time 7th lord is afflicted and the karaka Venus conjoins Sun.

Darapada is used in Jaimini astrology and when aspected by Saturn leads to marital discord but same time 7th house lord should be afflicted and karaka Venus should conjunct Sun.

6.If Darakaraka(planet with the lowest degree) is afflicted in the birth chart.

As Per Ashtakvarga Astrology.

1.Less than 25 bindus acquired by the 7th house in Ashtakvarga calculation.

Ashtakvarga bindus are important to look because it shows how auspicious the results of a house is going to be. Here, 25 bindus is the benchmark and less than 25 asthakvarga  in 7th house bindus lead to an unhappy married life.

All these astrology rules should be applied on natal chart and navamasa also. Same time apply them to your D-60 chart

Remember D-60 will reflect the same things as reflected in your main birth chart(d-1) and navamsha(d-9).

In Vedic Astrology all bad and good results will be reflected in revenant division charts & all matters can be Judged independently from D-60 chart.

Now we will check all these mentioned rules of marriage problems with example birth chart.

The chart shown above belongs to a Male. He is a doctor currently working in USA.
His birth details can’t be shown due the to privacy of native.

Here in the main chart(D-1) you can observe the following points, which are responsible for his not so good married life.

1. Karaka of marriage Venus is in 7th house.

His 7th house is having only 19 points which are lower than 25.

Now in his chart, Upapada lagan is Pisces & second from Upapada is aspected by malefic planet Mars.

Darakaraka Sun is with malefic planet Ketu & is aspected by Gnatikaraka Jupiter.

All these mentioned factors resulted in marriage problems in his life, though the placement of Ascendant lord in 7th & aspect of 7th lord Sun on its own house gives him a beautiful wife, who herself is a doctor. The Same thing is confirmed by exalted Upapada lord Jupiter.

Along with above-mentioned astrology combination, you can also check combinations of extramarital affairs.